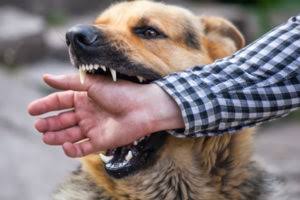 If a dog hurts a person, the owner of the animal might be required to pay financial compensation for future and past medical expenses, suffering, pain, and several other possible losses. Right now, statistics show us that over 800,000 US citizens end up needing treatment due to dog bites every year. And this is a statistic that does not include several other injury kinds associated with dogs.

Based on relevant laws and circumstances, dog owners are considered to be liable whenever their owned pets hurt another person. Damages might be paid, which includes money to cover things like:

According to Michigan dog bite injury attorneys, the most common situations that lead to compensation are discussed in brief below.

Out of all expenses associated with dog bites, this is the most obvious one. Bills include paying for hospital services, doctors, physical therapy, psychological treatment, and medication.

When the injury leads to an aggravation of a pre-existing condition, the expense would be a lot higher. Usually, when the dog hurts someone, the owner is considered to be responsible for all injuries caused. This includes when specific injuries are made worse because of the attack.

Oftentimes, there is some sort of pain associated with dog bite injuries. This includes emotional and mental suffering. In fact, emotional distress is very common and appears due to extensive medical procedures and physical pain, together with trauma.

Victims often experience fear of dogs, shock, anxiety, depression, and sleeplessness. In some extreme cases, even PTSD (post-traumatic stress disorder) can develop. In all of these cases, financial compensation is offered to cover pain and suffering.

Obviously, determining exactly how much is offered to cover pain and suffering is difficult. But some sort of compensation is often offered following dog attacks.

If you need to take some time off from work because of recuperation, treatment, or diagnosis, you are reimbursed for the lost income. When met with the unwanted situation in which the dog attack actively impairs the victim’s ability to work, compensation for future income is also going to be offered (this is known as loss in earning capacity).

Loss Of Services Or Consortium

When the injury leads to a negative relationship impact between the victim and the spouse, compensation is awarded (known as loss of consortium). This includes lost intimacy and companionship. In some states, it is even allowed to ask for compensation when the relationship between child and parent is impacted.

In some counties and cases, the dog owner needs to pay double or even triple damages if the pet was declared to be vicious or dangerous. Extra multiple damages are in place if the dog previously bit someone else.

When the conduct of the dog owner is considered to be particularly outrageous or reckless, an extra amount is paid to the victim. This is what is known as punitive damages (sometimes referred to as exemplary damages). These are practically meant to prevent such behavior from happening in the future and to send a message to other dog owners.