The UK’s Debt Management Office is facing questions over whether it has achieved best value for money for the taxpayer in sales of more than £300bn of government bonds over the past decade.

Mel Stride, chairman of the influential Treasury select committee of MPs, wrote to DMO boss Sir Robert Stheeman last month scrutinising the use of syndications — a type of bond deal where a group of banks is paid to drum up demand from investors.

In the letter, the Conservative MP asked Sir Robert how he is sure that the pricing of syndications has been “keen enough in favour of the taxpayer”, suggesting bonds could have been issued more cheaply given the scale of demand from investors.

As the body responsible for issuing hundreds of billions of pounds of UK government bonds each year, the DMO has a mandate to achieve the best possible value for money for the taxpayer. It sells the majority of bonds in auctions, where a group of banks submits bids for the debt. But it has also raised £301bn in syndications, typically to sell larger slices of debt, since the practice was revived in 2009 to help with an avalanche of issuance after the financial crisis.

Banks arranging these sales provide a range of possible prices known as “indicative price guidance”, defined by the extra yield, or spread, that the new bond offers relative to a “reference” gilt already trading on the secondary market. In most of the 68 syndications since 2009, bonds have eventually priced at the “tight” end of that range, meaning investors paid the highest price on offer. The question is whether investors could have paid even more.

Mr Stride, a former Treasury minister, asked Sir Robert to confirm if the most recent 58 syndications in a row had priced at the tight end of the price guidance — a fact corroborated by documents on the DMO’s website — and suggested that indicative price ranges might have been set too low in order to achieve such a run. 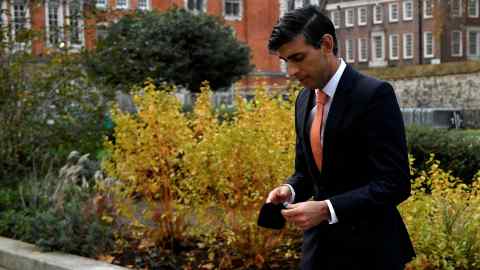 He wrote: “Is it surprising that you have achieved ‘the tight end’ in such a consistent manner? Could this be a sign that sometimes you have potentially not priced keenly enough, to the taxpayers’ detriment, especially given the seeming high levels of demand?”

The DMO frequently receives bids for far more than the amount on sale at syndications. At its most recent such sale — of a gilt maturing in 2061 — it received more than £40bn of orders for £6.5bn of bonds.

There is nothing unique to the UK about syndications where apparent demand vastly outstrips supply. A number of eurozone countries smashed records for their largest ever order books this year, and October’s syndication by the EU attracted a world record €233bn of bids.

In his letter, Mr Stride also queried the use of a reference bond to price new debt, asking whether the practice gave traders an incentive to try and lower its market price ahead of a syndication, in an effort to achieve a cheaper price for the new debt. He also asked for a running total of fees paid to banks to handle syndications since the programme was restarted.

A spokeswoman said the DMO is in the process of responding in full to the various issues raised in the letter, and its response will be published by the committee.