The chapter received the award for the seminar “Wetumpka Impact Crater — Alabama’s Greatest Natural Disaster” by James Lowery, a UAB retiree and member of Sigma Xi for 22 years. 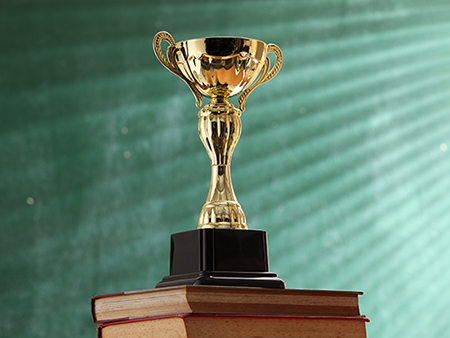 The University of Alabama at Birmingham chapter of Sigma Xi — the scientific research honor society — earned an honorable mention for the Chapter Program of Excellence award.

This award is given to chapters that have organized or hosted a single, outstanding program, especially one that other chapters can emulate. In particular, the Program of Excellence Award recognizes initiatives that address the four cornerstones of the society’s mission: honor in science and engineering, STEM education, science policy, and the public understanding of science.

The chapter received this award for a seminar titled “Wetumpka Impact Crater — Alabama’s Greatest Natural Disaster,” given by James Lowery, a UAB retiree who has been a member of Sigma Xi for 22 years.

“We are absolutely thrilled to have been bestowed this honor as our chapter has worked incredibly hard over the years to broaden the participation of the public toward scientific endeavors,” said Samiksha Raut, Ph.D., associate professor of biology in the UAB College of Arts and Sciences and former president of UAB’s chapter of Sigma Xi.

Sigma Xi is an international community of science and engineering professionals dedicated to research excellence. Since 1886, the society has offered its members professional development training, leadership opportunities and access to career development resources.

Technology
We use cookies on our website to give you the most relevant experience by remembering your preferences and repeat visits. By clicking “Accept All”, you consent to the use of ALL the cookies. However, you may visit "Cookie Settings" to provide a controlled consent.
Cookie SettingsAccept All
Manage consent