OTTAWA, ON, Dec. 1, 2020 /CNW/ – The RSC is proud to be part of this international initiative on “The Importance of Languages in a Global Context” and to join our fellow academies in upholding the importance of languages and language education around the world. 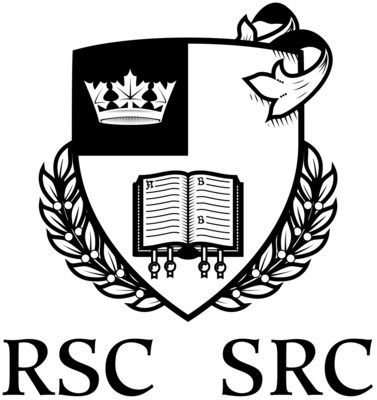 In Canada, we benefit from a wide range of languages. We have a strong history of bilingualism and of welcoming new Canadians from around the world, and we share an urgent commitment to reconciliation that includes the recognition that much more must be done to preserve, teach, and honour Indigenous languages. The Indigenous Languages Act and other measures taken to revitalize and strengthen Indigenous languages are a crucial part of supporting Indigenous knowledge systems and advancing reconciliation.

The RSC is committed to inclusive excellence: this vision necessarily embraces the wealth of knowledge, perspective, and culture to which the languages of the world contribute. Support for high levels of fluency and for learning further languages, as well as scholarly, archival, and creative work on and in our languages, are vital to Canada’s future.

We are at a moment when cooperation and understanding are urgently needed: languages help build those bridges.

Founded in 1882, the Royal Society of Canada (RSC) comprises established leaders across the Academies of Arts, Humanities, Social Sciences and Sciences as well as emerging leaders in The College of New Scholars, Artists and Scientists. The object of the RSC is to serve Canada and the world by recognizing Canada’s leading scientists, scholars, and artists, and mobilizing them in open discussion to advance knowledge and understanding of critical issues with a view toward contributing to a better future.

Fashion
We use cookies on our website to give you the most relevant experience by remembering your preferences and repeat visits. By clicking “Accept All”, you consent to the use of ALL the cookies. However, you may visit "Cookie Settings" to provide a controlled consent.
Cookie SettingsAccept All
Manage consent