The quilt was originally crafted by 15 local Black women in the 1970s in honor of the American Bicentennial.

PORTLAND, Ore — The Oregon Historical Society (OHS) has sent a quilt for restoration after it was damaged during a riot on Oct. 11 following “Indigenous Peoples Day of Rage” protests in downtown Portland.

The AfroAmerican Heritage Bicentennial Commemorative Quilt was originally crafted by 15 local Black women in the 1970s in honor of the American Bicentennial. Each square honors a Black individual or moment in history.

The quilt was stolen from the OHS building and found by police blocks away, soaking wet with colors bleeding and a small tear.

Here’s the Afro-American Heritage Bicentennial Commemorative Quilt, which was stolen from the @OrHist last night. Was made by 15 local Black women (ahead of the Bicentennial).

“I broke down in tears,” said Nicole Yasuhara, deputy museum director, upon hearing the quilt had been taken. “I felt like maybe people didn’t understand what this quilt meant.”

OHS immediately dried the quilt out and began the restoration process. Last week, they sent the quilt to the Textile Conservation Workshop, a New York nonprofit led by Patsy Orlofsky.

Yasuhara said in a press release, “I am confident that Patsy and her team will do the very best to address the conservation issues with the Afro-American Heritage Bicentennial Commemorative Quilt.”

OHS consulted with the last living quilter from the original group, Dr. Sylvia Gates Carlisle, and decided to try to restore the front of the quilt, but remove the back of the quilt, which is severely stained. The OHS will preserve the backing as its own museum item along with the story of its vandalism. 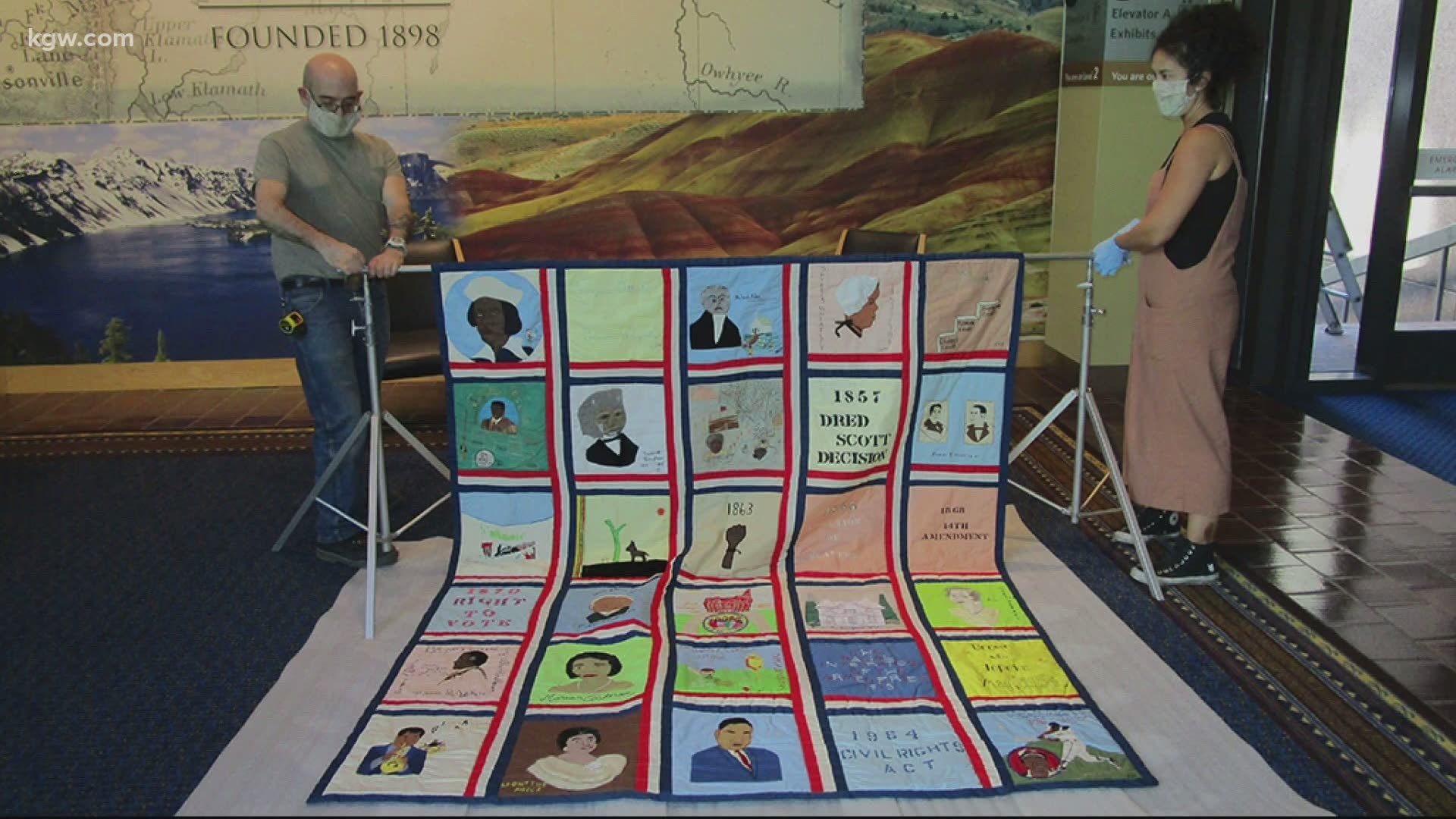 sport
We use cookies on our website to give you the most relevant experience by remembering your preferences and repeat visits. By clicking “Accept All”, you consent to the use of ALL the cookies. However, you may visit "Cookie Settings" to provide a controlled consent.
Cookie SettingsAccept All
Manage consent