The head of one of China’s largest state-owned manufacturers has said mismanagement by local governments is partly to blame for business failures that have prompted a cascade of bond defaults.

“The fall of state firms isn’t just a result of bad management, unclear strategy and inadequate entrepreneurship,” said Mr Wang, in unusually frank remarks from a state-owned Chinese group, during an interview with the Financial Times. “It also has to do with government mismanagement that puts [unreasonable] performance targets on these companies.”

A number of Chinese state companies, led by Yongcheng Coal & Electricity Holding Group, have defaulted this month, triggering a wider sell-off in corporate bonds and the cancellation of many new issuances in the world’s second-biggest fixed income market. The defaults have also shattered longstanding investor perceptions that local governments in China will always bail out these groups.

Bo Zhuang, an economist at investment firm TS Lombard, said China’s local governments often forced state-owned enterprises to make ill-judged acquisitions. “The fastest way for officials to get promoted is to boost the size of the local economy and an SOE merger, regardless of its business logic, is a shortcut,” he said, adding this was a big reason Yongcheng Coal ran into trouble.

Mr Wang said struggling SOEs in China were not worth rescuing because they could not survive without government backing. “Let them die and don’t save them,” he said. “Government protection won’t create a good company [but] competition will.”

XCMG was 100 per cent owned by the eastern Chinese city of Xuzhou until it underwent a partial privatisation in September. Following that process, private investors including company management now own just under 20 per cent of the group. However, the company is still controlled by official interests given state-affiliated funds and local governments, including Xuzhou, own the remaining 80 per cent.

Some analysts are sceptical about whether such changes in ownership structure will boost efficiencies. “Some new shareholders, including the investment funds controlled by the central government, invested in XCMG in order to perform a political duty rather than looking for an above-average return,” said a Beijing-based consultant in the construction machinery business.

Still, the consultant, who asked not to be named, described the partial privatisation as “a step forward” as XCMG’s new private shareholders could prompt the group’s management “to work harder”.

XCMG has benefited from China’s post-coronavirus economic recovery as government-led infrastructure stimulus boosts demand for construction machinery. Its sales rose 22.4 per cent year on year in the first nine months of 2020, which Mr Wang said was stronger than expected. 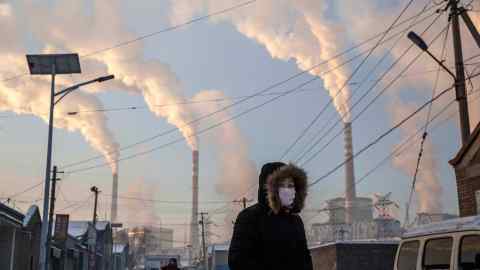 The company, the fourth-largest construction machinery maker in the world, now hopes to boost its presence in foreign markets. Mr Wang wants to increase XCMG’s overseas sales to at least 50 per cent by 2030 from under 20 per cent last year.

XCMG is targeting the US, Germany, Brazil and India, where it expects construction activity will recover once the Covid-19 crisis comes under control.

Shi Yang, at Off-Highway Research, said XCMG was probably eager to increase its presence overseas as Beijing scales back stimulus programmes and instead focuses on increasing consumer spending.

“In general, Chinese firms will have a bright future in emerging markets when the pandemic is over,” Mr Shi said, pointing to the low cost of XCMG’s products.

In the US, where XCMG hopes to benefit from an infrastructure boom once the health crisis fades, the company also believes it can compete on cost. “American buyers aren’t that rich and they are looking for bargains,” said Mr Wang.