I am trying to trace my father’s bank and building society accounts after he passed away.

Do you know of a definitive way to search online banks in one go? Something similar to the ‘My Lost Account’ search but for an active account. 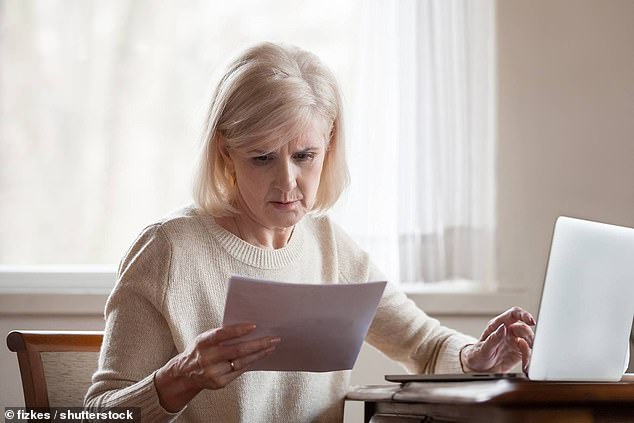 It can be a laborious process searching through a relatives’ estate, without having to let every single individual bank and utility provider know they have passed away

George Nixon, of This is Money, replies: We’re often contacted by readers who discover old savings books in their relatives’ estates and want to see if they’re owed any money.

But this is a different question, as you’re not after details of one account, but all of them.

My Lost Account offers this service for dormant accounts, which is where there has been no activity on them for three years.

The service is fairly comprehensive, as it brings together tracing schemes run by trade bodies representing 30 banks, all 43 building societies and National Savings & Investments.

However, unfortunately there is not quite the same service offered when it comes to accounts which may still be active.

The Building Societies Association recommends checking your father’s belongings for bank statements, letters, emails or any other correspondence from financial firms or other utility providers first, which will give an indication as to accounts he has which are still active.

What you need to make a claim

To make a submission to the DNS, the notifier will need the deceased’s full name, date of birth, date of death, last address and death certificate number.

According to Equiniti, 93 per cent of notifications pass checks to ensure they aren’t fraudulent and that details match.

Where details don’t, the notification is still passed onto banks, but they may come back to notifiers to ask for more details.

Beyond that, there is a service which launched two years ago, which you refer to in your email.

It is called the Death Notification Service, and it began in June 2018 after a three-year campaign by our sister title Money Mail to make it easier for bereaved families to let banks know their relatives had died.

Rather than having to contact account providers individually, they can notify them all in one go through the service.

Some 56,000 people have used it since it launched to make 145,000 notifications, according to Equiniti, which runs the DNS.

That’d work out at just over two-and-a-half banks per person on average.

Those who make a notification through it should be contacted within 10 days of the notification being made, the service says.

They can make one online, with help available over the phone, either by creating an account or without doing so by submitting the details of the person who has died including their death certificate number, their own details and any account details they know of, to make it quicker for banks to work out if those accounts are still open.

Most of Britain’s major banks have signed up to the Death Notification Service, a one-stop shop allowing the bereaved to let banks know in one go that their relatives have died

However, while this has been credited with making life easier, the service is unfortunately not comprehensive.

This is Money understands that mutuals have largely not signed up because of the cost and concerns it is aimed mainly at providers of current accounts like Britain’s biggest banks.

Should you use an heir hunter?

While this applies to estates and inheritances beyond just bank accounts, some may consider using an heir hunter or similar service to try and trace unclaimed estates.

However these services can charge, or may even be fraudulent, and those considering them should be careful before signing up.

This is Money explained what people need to know in a story last year.

Meanwhile, plans for utility and telephone companies to become members of the service have yet to materialise, although Equiniti hopes this will happen ‘as soon as possible’.

And the process has not been smooth sailing even among those who have signed up.

An investigation by Money Mail last September also found staff in 11 out of 12 high street bank branches failed to mention the service, with staff in five wrongly telling them they had to contact banks individually.

In response to This is Money’s questions, Equiniti noted that customer feedback ‘calls for the need for more companies to support their customers by joining the service’.

But, they said, ‘The purpose of the Death Notification Service is to provide a customer focused, quick service for customers with a guarantee that a business will contact a notifier within 10 days.

‘We believe that, without engagement and agreement from the companies we work with, and by adding brands and sending notifications without a high level of security or guarantee of response from the company as is sometimes suggested, would create greater confusion and risk for those going through the grief of a bereavement.’

Until the service becomes fully comprehensive then, however, it looks like bereaved families like your own will still need to contact individual financial institutions where their relatives may have held accounts.

Some links in this article may be affiliate links. If you click on them we may earn a small commission. That helps us fund This Is Money, and keep it free to use. We do not write articles to promote products. We do not allow any commercial relationship to affect our editorial independence.