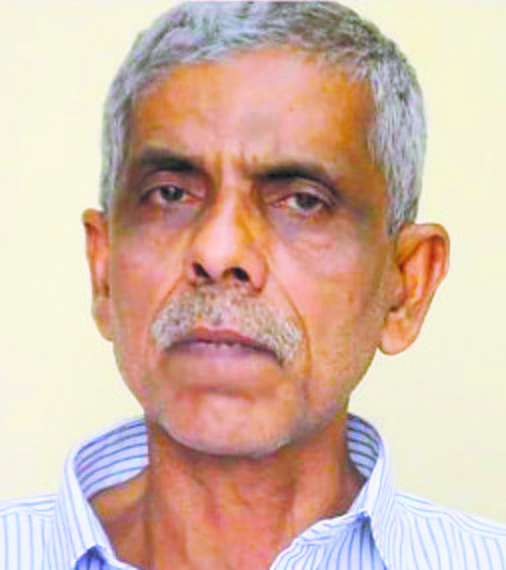 From Madhya Pradesh to Uttar Pradesh—a series of legal provisions to stop and punish what is being projected as ‘love jihad’ indicates the level of decadence we, as a society, have passed through. In a way, when patriarchy and religious bigotry begin to shape our consciousness, we fear what love is all about: its unrestricted flow, its healing power to overcome all borders and boundaries, or its music of the fusion of horizons. As we suspect the magical power of love, we allow the state to intervene in the realm of our sacred and intimate space—one’s love relations, or one’s choice of religion. Possibly, a society that fears the ecstasy of love is potentially authoritarian. It becomes culturally regressive. Is it the emerging politico-cultural landscape that characterises Indian society? There seems to be no escape from this question.

Despite the glitz of modernity or neoliberal consumerism, religious orthodoxy and patriarchal thinking continue to characterise our collective consciousness.

Before we reflect on ‘love jihad’, let us acknowledge what happens in the name of arranged marriages. It would not be an exaggeration to say that a complex calculation and measurement of a set of ‘qualities’—family/caste background, economic status of the bridegroom, or the physical beauty of the bride—is a distinctive feature of this sort of marital negotiation. It is by no means about love; it is pure mathematics. We see the logic of commodification and caste/religion fixation in matrimonial columns; and diverse forms of dowry (often regarded as ‘gift’) reveal that while we understand the strategy of instrumental reasoning, we are uncomfortable with the ecstasy of unconditional love. Moreover, these normal or socially sanctified marriages often rob women of their agency; it is assumed that they are like ‘dolls’; and ‘successful’ men—MBA graduates, doctors, engineers, NRIs and IAS officers with appropriate caste and religion—would rescue and preserve them.

Is it, therefore, surprising that we live amid dowry death, ‘honour killing’ and caste/patriarchal violence? However, seldom does one see the political class or the ruling regime critiquing this sort of regressive and obnoxious practice. What a journey we have undertaken! In his Discovery of India, Nehru felt the need for overcoming the ‘dead weight of the past’. And with the passage of time, Gandhi pleaded passionately for inter-caste marriages. It seems we have forgotten this quest for a new India—open, democratic and liberal. Instead, we are becoming increasingly patriarchal and culturally regressive. The irony is that despite the outer glitz of modernity or neoliberal consumerism, religious orthodoxy and casteist/patriarchal thinking continue to characterise our collective consciousness.

In this process, there are two things that have happened. First, the ghettoisation of the mind has become sharper. We are growing up with all sorts of conditioning: a ‘nationalist’ Hindu vs a ‘suspicious’ Muslim; a ‘pure’ Brahmin vs a ‘polluted’ Dalit; or men as ‘protectors’ vs women as silent ‘followers’. The prevalent cultural politics, media industry and even educational practice stimulate this conditioned mind. It is closed; it erects all sorts of walls of separation; and it fears the possibility of the breakdown of barriers. Second, with the ghettoisation of the mind, surveillance is normalised and even sanctified. What we eat and drink, or people we mix with: everything has to be closely monitored by the self-proclaimed protectors of ‘culture’. We keep constructing our ‘enemies’.

The result is the arrival of totalitarianism, which as a mode of thinking and living, is inherently patriarchal and repressive. It creates an identity based on a fixed essence of nation or religion; it abhors the unpredictability of free existence; it wants a standardised/controlled mind. It is anti-women; it assumes that men must have absolute control over women’s sexuality and life choices. As a result, it is against love. A totalitarian mind cannot love freely and unconditionally. It fears what the ecstasy of love can do to humans. Love tends to defy all constructed boundaries. This power of love with its unpredictability and free flow is something that a conservative culture cannot tolerate.

And it is in this context that we can understand the politics of a vocabulary like ‘love jihad’. A cross-religious marriage is suspected because it reveals a possibility that we are more than our ascriptive religious identities; and this is what totalitarianism cannot bear. Hence, the very idea is condemned and scandalised. It is seen as a conspiracy—a strategic attempt by a Muslim to marry a Hindu, and eventually convert her into Islam. It cannot imagine that a woman can be a free subject with her autonomy and choice. Hence, a cross-religious marriage, for the fanatic, is nothing but a sort of ‘jihad’. See how everything is turned into its opposite in the age of totalitarianism. All those who raise critical voices against some policies of the government are bound to be ‘anti-national’; young idealist students who question the politics beneath the NRC/CAA are nothing but ‘urban Naxals’. In other words, our true patriotism has to be always demonstrated through certain practices—say, dancing with the cacophony of ‘Jai Shri Ram’, seeing all Muslims in the Kashmir valley as potential terrorists, and spreading Islamophobia all around. The politics of ‘love jihad’ that we are seeing in recent times is an inevitable byproduct of a patriarchal ideology of religious nationalism.

No fundamentalist ideology (Hindu or Islam) is comfortable with unconditional love. Fundamentalism is against our true religiosity which is not what the clergy and the priestcraft regard as religion. Love—yes, love as a creative life energy, or love as an eternal fountain—is our true religiosity. Love is revolutionary. Love is the defiance of fascism. It is sad that we are not yet ready for it.